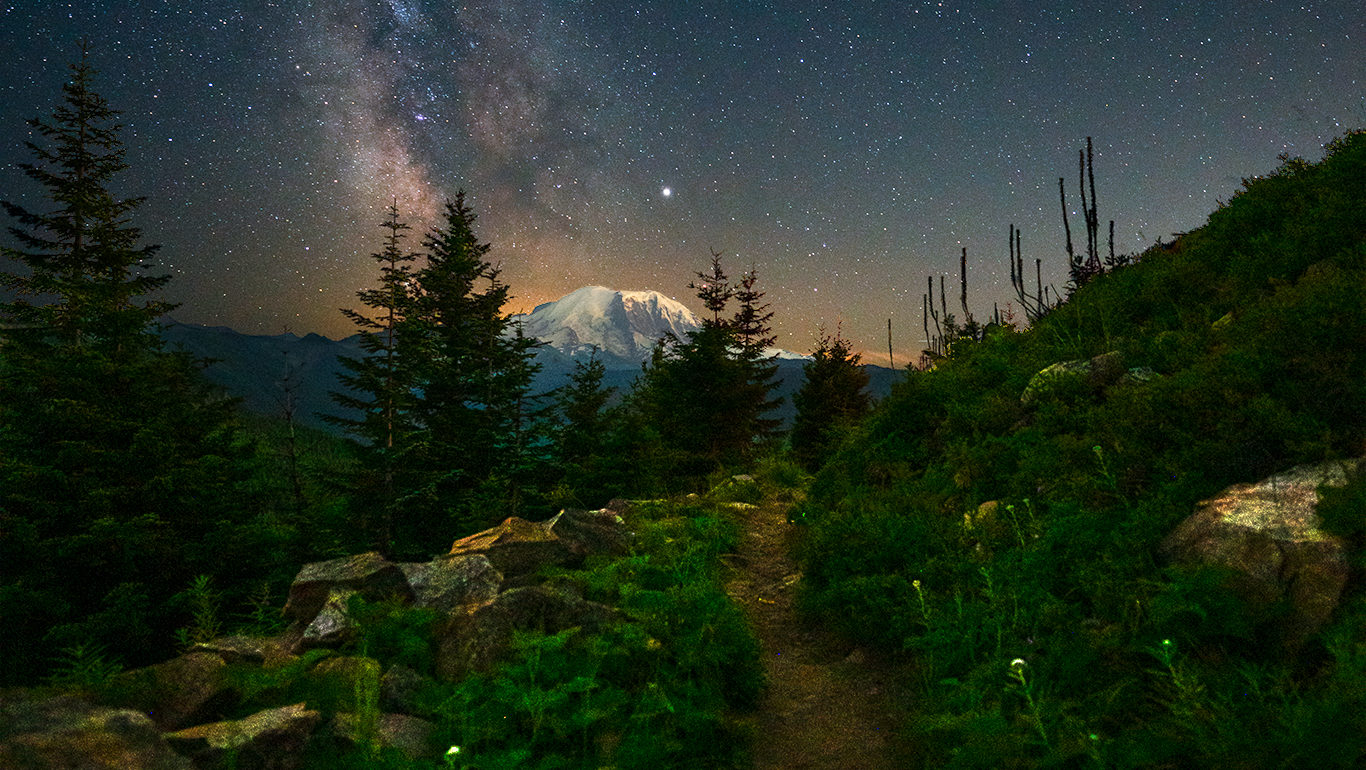 Take to the sky! Read on for a hands-on review on the new Sigma 14-24mm f/2.8 Art for mirrorless cameras from photographer Jack Fusco.

When I found out I was going to get the chance to test out the new 14-24 F2.8 DG DN Art lens that had been completely redesigned for mirrorless, I was more than just a bit excited. Although uncooperative weather on my trip to photograph Mt. Rainier would limit my time, I was determined to make the most of it. Setting up, the fast 2.8 aperture made using live view to nail my focus on the stars feel effortless. I hit the shutter for my first exposure with the aperture wide open. I waited, checked the corners, smiled, and got right to shooting. I only had time to take a few shots, but I already couldn’t wait to see the images on a larger screen. Getting to see the sharpness across the entire frame put the quality of this lens on another level. The 14mm to 24mm may be a classic focal range for astrophotography, but there’s undoubtedly a new champion when it comes to fast, ultra wide angle zoom lenses.

Knowing I wouldn’t have long to shoot, I wanted to make sure I could show off the full range of the lens. I found this spot that looked perfect to shoot at both 14 and 24. When shooting the night sky, that difference in focal length can make a huge impact on the overall feeling the image presents. I love the way the trail acted as a leading line right toward Rainier and the Milky Way. Since it was a bit later in the night, the Milky Way was in the perfect position in the sky for this composition to work. This image was the first image I shot at the longer focal length of the lens, right at 24mm, giving the scene a more intimate feeling of being along the path at night.

As the last bit of light was fading from the sky, I glanced up and noticed Rainier was framed between these trees. I quickly grabbed my camera and framed up my shot. The transitional light during blue hour can be challenging to balance between the foreground and sky, but can provide stunning results as it gives just enough light to the foreground while still allowing stars to shine through.

Being able to quickly change focal lengths helped capture two very different feeling shots from the same location. That type of versatility gives a huge advantage when you’re trying to figure out what might work best for any particular composition. After shooting my first image here at 24mm, I readjusted to shoot wide at 14mm to capture a completely different feeling photo.

After capturing a vertical image from this spot earlier in the night, I made a quick stop back now that the Milky Way was closing in on Mt. Rainier. At this time of the night, it was also lining up perfectly with the first curve in the path which really helps draw your eye across the photo. While I may not have had much time, I was convinced the new 14-24 f/2.8 Art would definitely be coming along on future adventures under the stars.

There is a whole lot that is similar between the two versions as well! Both lenses are class-leading ultrawide fast-aperture zoom lenses with great weather-sealing. Both offer Mount Conversion Service between released mounts, and like all Sigma lenses, are made in Japan.