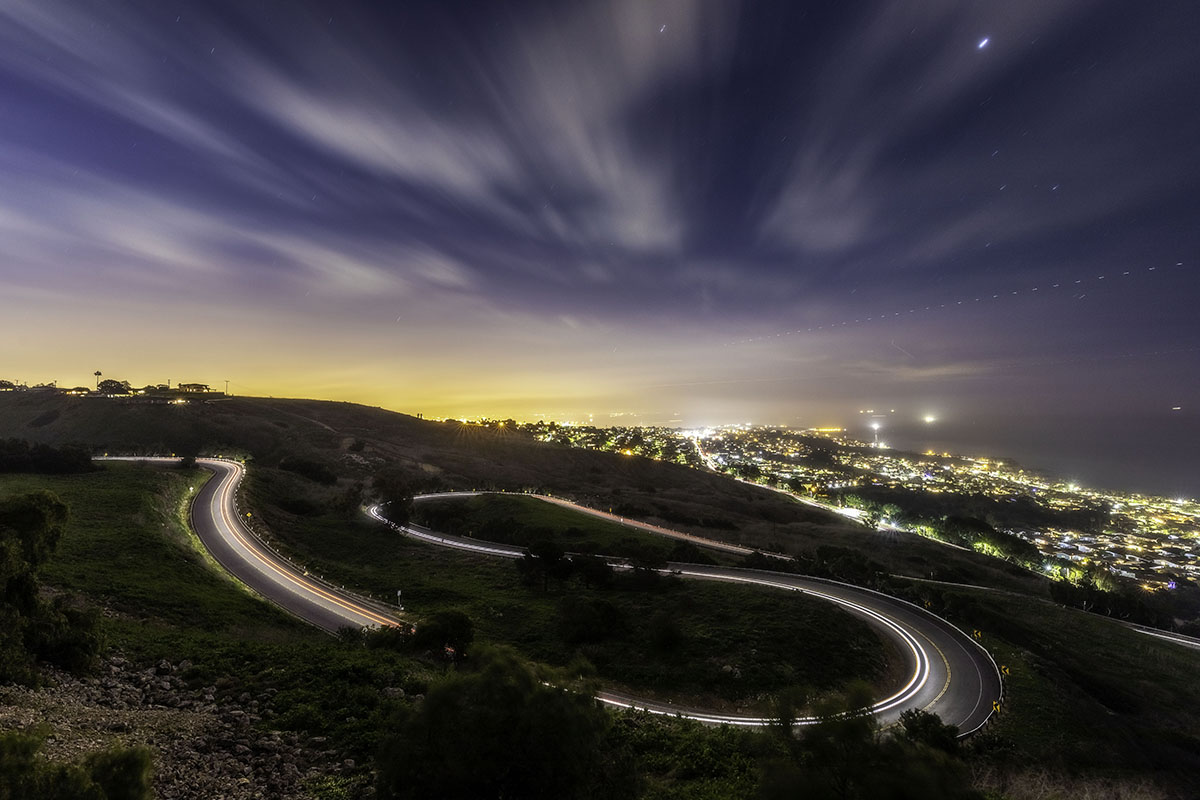 Taylor Varnau’s childhood was an artistic one, filled with drawing, painting, and sketching. But it was after he got out of the Air Force six years ago and made an impulse DSLR buy when his interest in photography really took flight. “I started watching YouTube videos and taught myself everything I could about taking pictures,” he says.

Having spent much of his early years in Colorado’s great outdoors, Taylor was instantly drawn to photographing landscapes. “That was a natural evolution of who I was,” he says. “Meanwhile, as I started experimenting with different styles of photography, I found that long exposures brought many of my landscape photos to life.”

What Taylor has been trying to refine since that discovery is balancing his exposures. “It can be difficult to balance a bright sky with a darker foreground,” he says. “What I’ll do is darken the whole scene with a 10-stop neutral-density filter, then use an ND graduated filter on top of that. The foreground isn’t affected by the ND grad filter, just the sky.”

Taylor uses the Tamron SP 15-30mm f/2.8 VC G2 lens to capture as much of the scene in front of him as possible. “I had the previous version of the 15-30, which I loved, but this version has eliminated even more chromatic aberrations along the edges,” he says. “The autofocus in low light with this lens is also stellar, which is important to me, since I’m often shooting in less-than-ideal lighting conditions.”

The PhotoPills app helps Taylor map out his timeline when he’s going the astrophotography route. “It’s an app that meets all kinds of general photography needs, but I especially like that it tells me when the Milky Way will appear and when the moon will be up,” he says. “That kind of info is invaluable for planning my shoots.”

Taylor’s compositions are driven by traditional photography rules. “I look for leading lines and use the rule of thirds and the golden ratio, for instance,” he says. “But I also try to have a foreground subject, whether it’s a rock on the beach or a tree under the Milky Way, to draw in the eye and to complement whatever type of sky or landscape I have going on in the background.”

How long Taylor’s exposures are depends on what the weather’s like and if there’s any cloud cover. When it’s bright enough, such as when he’s shooting at sunrise and sunset, Taylor will shoot in autofocus. “At night, I focus on infinity, use the Live View on my camera, and focus on an individual star to try to get it as precise as possible,” he says.

Taylor’s post-processing routine is a subtle one. “For me, it’s a matter of simply bringing up the shadows, dropping the highlights, and applying any other needed minor corrections,” he says. “I’ll often soften up the image by using the Gaussian Blur tool in Photoshop, but that’s pretty much it.”

For Taylor, the most challenging part of doing long-exposure photography—in addition to finding sites to shoot with minimal light pollution—is nailing the exposures. “It took a good amount of practice on my part before it became second nature to me to know what setting to use in certain conditions,” he says. “They say practice makes perfect, and it’s true in this case. There’s a lot of trial and error involved.”

Read on for insight into how Taylor creates his eye-catching compositions using long exposures.

This S-curve highway image you see is in San Pedro, about 30 minutes south of LAX, where I work. A buddy of mine “discovered” this road—it’s actually a famous road on Instagram. It’s a heavily trafficked thoroughfare that runs from the coast up into a neighborhood. The two of us went there one night and ended up in this little pullout spot up top, like a lover’s overlook, where you can get a nice view of the road and the city behind it. I thought it would be neat to do a longer exposure to capture the cars’ headlights and taillights as they passed through.

I took this photo last spring in Carrizo Plain National Monument, a hidden gem out in the desert west of Bakersfield. This image achieves a dramatic sky along with a foreground with color that pops, for a visually appealing contrast. After the rainy season, there’s sometime a “super bloom” that takes place out in the desert, which I was lucky enough to witness while I was there. I got out there at around 3 in the morning, while there was still a full moon out, so I could see where I was going and figure out my composition. I took some photos of the flowers while the moon was still out. Then, after the moon had set, I captured my Milky Way shot and combined the two in Photoshop.

This was also taken at Carrizo Plain. The monument’s centerpiece is Soda Lake, a white-salt lake bed, and this is the boardwalk that goes around it. I was drawn to the leading lines that the boardwalk provided, drawing the viewer’s eye back toward the Milky Way. The lake was actually full during the time I was there because of the rain that had fallen recently. For this image, I used a really long exposure of almost 70 seconds, with an ISO low enough to make sure the foreground was basically noise free. Then I took a separate shot of the Milky Way and merged them in Photoshop.

The photo of the cactuses in Zion National Park was taken on a stormy day. Again, I incorporated the cactus as my foreground subject, just to add some life to my image. I put my 10-stop neutral-density filter on, with my graduated ND filter on top of that to balance out the sky, and then used an exposure of almost two minutes. I dragged the shutter out as long as I could to get it to where the sky wouldn’t be blown out and overexposed.

You don’t have to really work that hard for a composition in this spot in Zion. You just hike up to the lookout spot at sunrise, and pretty much everywhere you look you’re going to get this view. Once more, I used my 10-stop neutral-density filter with a graduated ND filter on top of it and took a few exposures, because there’s such a contrast between the sky and the dark valley. After about two or three tries I got it down.

This tree leaning down the mountain is also in Zion, in one of the higher-altitude parts. I turned the screen brightness on my phone all the way up and lightpainted over the foreground. I really liked the composition of this one because of the way the visual of the Milky Way mimics the direction of the tree. I took a single shot of the foreground, then a separate shot for the Milky Way, and blended them in Photoshop.

These rolling hills are about 20 minutes from my house. They’re along a backcountry road in Bakersfield that goes up into the mountains, up into a city called Lake Isabella. Almost nobody travels on it and nobody maintains it. The oak trees that are scattered around up there provide a perfect foreground for shooting the Milky Way.

For the “selfie” of myself under an oak tree in that same general area, I wanted to show more of a sense of scale by putting an actual person under the tree and under the Milky Way. I already have a thousand photos of oak trees under the Milky Way. By incorporating somebody underneath to mix things up a bit, it offers a different perspective. I simply set the timer on my camera and made myself the subject.

To see more of Taylor Varnau’s work, check out his website.